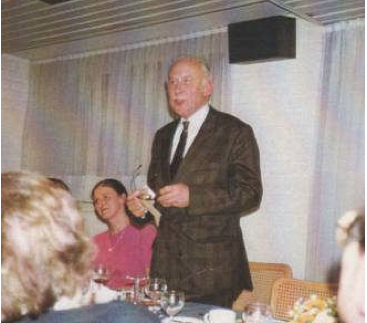 The European Dyslexia Association was the brain child of Monsieur Marcel Seynave (Belgium), who put into practice the idea of forming a European– wide association for dyslexia so that all countries in Europe could agree as to what ‘dyslexia’ meant and to speak with one voice on behalf of all dyslexic children and adults.

In this he was ably supported by his wife, Madame Liliane Seynave.

In 1986 the association, APEDA* Belgique, invited Dr. Albert Galaburda, the Head of Research at the Harvard Medical School in Boston, Massachussetts in America to participate in a conference on developmental dyslexia in Brussels. The conference was organised for the benefit of its members and the scientific world. APEDA-France and the German association, Bundesverband Legasthenie (BVL), took the opportunity to invite Dr Galaburda to make another conference for their respective organisations at a later date.

Marcel Seynave was invited to attend the congress of BVL in Hannover as the President of APEDA-Belgique and he travelled with Dr Galaburda. During their conversations, Dr Galaburda was quite surprised at the diversity of approaches in Europe towards dyslexia which he believed were influenced by the Anglo-Saxon theories of Piaget. Dr Galaburda then suggested the idea of creating an association to agree a common approach for the benefit of dyslexics in Europe.

Two years previously in 1984, there had been a study organised in England by the British Dyslexia Association with delegates from Belgium, France and Germany at which the same idea had been germinated; but at that time nothing was done!

At the congress in Hannover, there was a reunion of the contacts made in Britain between the delegates from France, United Kingdom, The Netherlands, Belgium and Sweden. Marcel proposed he should take the first necessary steps for the creation of a European Association for dyslexia.

Living in Brussels, it was easy for him to establish contacts with the European Community. Mr Daunt, the Director at that time of the Bureau of Action for Handicapped Persons, showed great interest in the initiative. Marcel obtained from the European Commission a financial subvention to cover the entire costs of preparation and organisation of the first assembly. 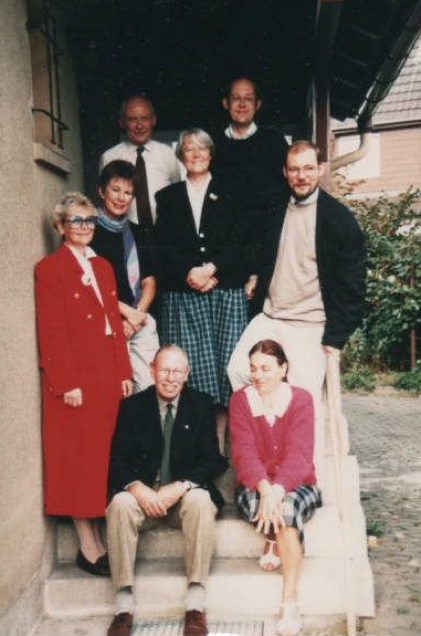 ‘European Dyslexia Association’, an international association under Belgian law was founded at Brussels on 18 October 1987. Twenty-five representatives from dyslexia associations in the following eight countries set the course for the future of the Association:

In December 1988, the European Commission officially recognised the ‘European Dyslexia Association (EDA)’ as a Non-Governmental Organisation representing dyslexia and its specific learning difficulties.

Past and present board members of the EDA

The purpose in producing this list of Past (and Present) Board Members is to remind everyone just how representative across Europe the European Dyslexia Association has been since 1987, and to provide a record for the future.

See the complete list of board members on our Board page

The European Dyslexia Association (EDA for short) is a European non-governmental umbrella organisation for national and regional associations of people with dyslexia and other specific learning differences, children’s parents, professionals and researchers. It was founded and legally established under Belgium law in 1987 in Brussels as an international non-profit association by representatives of ten national dyslexia associations. It is the platform and the Voice of the people with dyslexia and so called ‘Specific Learning Difficulties’ in Europe.

The EDA is a Non-Governmental Organisation (NGO) in official relation with UNESCO; a Full Member of the European Disability Forum (EDF); and has Consultative Status with the International Federation of Library Associations (IFLA).

At its conferences, meetings and the yearly EDA Community Summer School in San Marino the EDA provides a platform for the most recent scientific findings in this area, best-practice interventions in the field of education and extra-curricular advancement as well as the advancement of affected individuals from all parts of the European Union.

The EDA is particularly interested in supporting the creation and development of national and regional organisations for people with dyslexia across the whole of Europe.

Goals for the European Dyslexia Association

The main goals of EDA is to inform people, politicians, policy makers, trade and commerce unions and pressure groups in Europe about the necessity of supporting those who are dyslexic or DYS in a positive way, in order to avoid negative consequences caused by inappropriate education and training, low self-esteem and under-achievement which may lead to social exclusion.

With its wide angle of activities it facilitates the exchange of information and good practice through international networking and lobbying. In partnership with its member organisations, the EDA will challenge prejudice and ignorance to ensure that people with dyslexia and DYS are empowered to reach their full potential.

European DYS-organisations already work together in a Europe-wide network as far as it concerns common targets towards European Institutions. The EDA has positive experiences from working together with EDF and would encourage other DYS organisations to join the EDF to enhance the influence on the European Institutions. This would facilitate exchange of information and good practice through international networking and lobbying in partnership with member organisations, governmental bodies and professionals working within the different ‘dys’ communities.

A critical impact consist in the circumstance that for the part of the population with dyslexia it is very difficult to consume written information like books in normal print/format. In fact these persons are reading/print impaired. Therefore our members and beneficiaries are interested in the availability of published works in accessible formats, such as large print, Daisy, audio and braille, which can be read and enjoyed by all visually impaired and other reading disabled persons.

The EDA is closely working together with the World Blind Union and the European Blind lobbying the Copyright Committee (SCCR) of the World Intellectual Property Organisation (WIPO) to formulate such a Treaty on Copyright and the Visually Impaired. The target is to ensure that every child and adult with Dyslexia, Dysphasia, Dyspraxia, Dyscalculia or Attention Deficit Disorder, etc has the right to access and to receive appropriate identification, support and opportunity to achieve their full potential in education, training, employment and all aspects of life.