In order of appearance 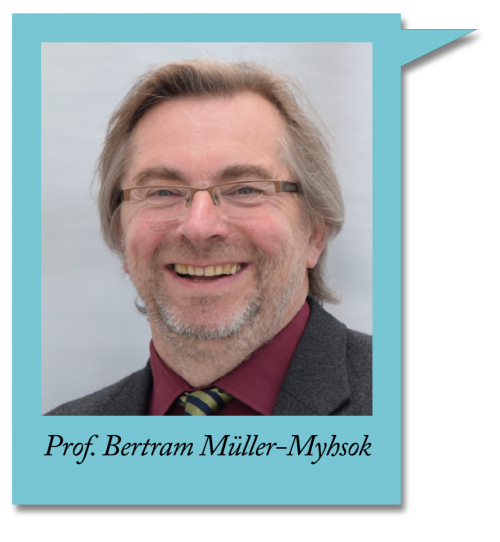 The field of genetic research of dyslexia has, in recent years, made considerable progress, moving from comparatively small candidate gene association studies and linkage analyses to much larger collaborative genome wide association analysis.

Recent findings in this area include first genome-wide significant findings for dyslexia-related phenotypes, such as alphanumeric rapid naming test results, but also yielding very interesting results with other phenotypes of interest. In addition with explicitly polygenic approaches are beginning to bear fruit as well. These results are mainly driven by large collaborative efforts across countries and languages, yielding a clear path into the future. 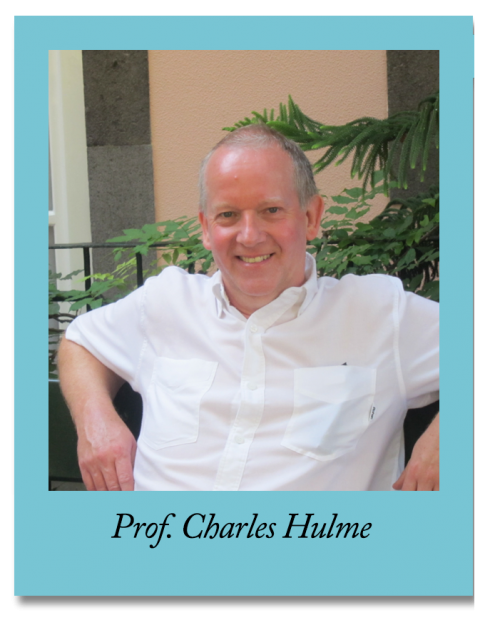 In studies in psychology and education it is essential to think clearly about causal mechanisms.  I will outline the use of path diagrams as tools for representing, reasoning about, and testing causal models.  The examples I will use come from studies of children’s reading and language disorders.  In studies of such disorders we can probably never practically or ethically manipulate the ultimate causes (genes and environments) of a disorder.  I will argue, however, that identifying causes at the Cognitive Level of explanation is crucial for planning effective treatments/interventions for these disorders.  Furthermore, if interventions are successful we may, using mediation analyses, get close to identifying the proximal causes for different disorder

The mathematics of comfort and efficiency when reading
Arnold Wilkins1, Katie Smith1 and Olivier Penacchio2

Mathematical properties of text that make it (1) slow to read and (2) uncomfortable to look at were examined.

(1) Wilkins et al (2007) showed that striped words (words such as “mum” with a high first peak in the horizontal autocorrelation of the image of the word) were about 10% slower to read than others. The effect was attributed by Jainta et al (2010) to the longer time taken to re-establish minimum vergence error following a saccade. The first peak in the horizontal autocorrelation of a page of text was assessed for all 72 samples of text that varied with respect to font, x-height, line spacing, justification, and letter spacing. The peak was dependent on the font, with little contribution from the other typographic variables except letter spacing. It decreased when the inter-letter spacing was increased, but only for fonts such Times with a relatively high initial peak, and not for others such as Open sans in which the initial peak was low.
(2) Penacchio and Wilkins (2015) obtained ratings of the discomfort experienced when viewing images. They developed from first principles a simple algorithm that measured the extent to which the Fourier amplitude of the images approximated that of images found in nature. The algorithm accounted for more than 25% of the variance in observers’ ratings of discomfort. The algorithm was applied to the 72 samples of text and the best approximation to natural images occurred when the ratio of x-height to line spacing was small. The algorithm predicted the adjustments 14/15 observers made to the text when reading iBooks. 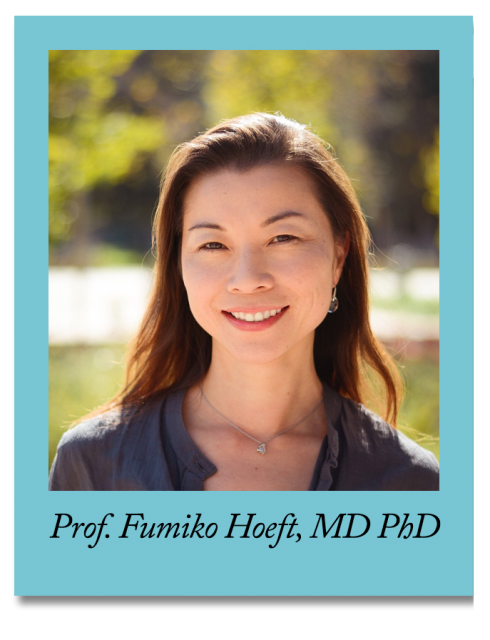 Neurocognitive protective factors that promote resilience and compensation in individuals with dyslexia.

In the current talk, Hoeft will discuss psychological and cognitive neuroscience research on investigations of factors that promote resilience and compensation in those with dyslexia. These include linguistic, cognitive and socio-emotional factors. Hoeft will discuss research in her laboratory that has shown how they relate to their learning disabilities’ identity predict self-esteem and is mediated by their ability to regulate their emotions. She will also discuss work that shows how these individuals experience biases to or away from negative stimuli that may impede on their attention that may ultimately lead to reduced learning despite being remediated. She will discuss within the framework of Cumulative Risk and Protection Model and close with ideas on how such research can be used to promote success in individuals with dyslexia and other learning disabilities. 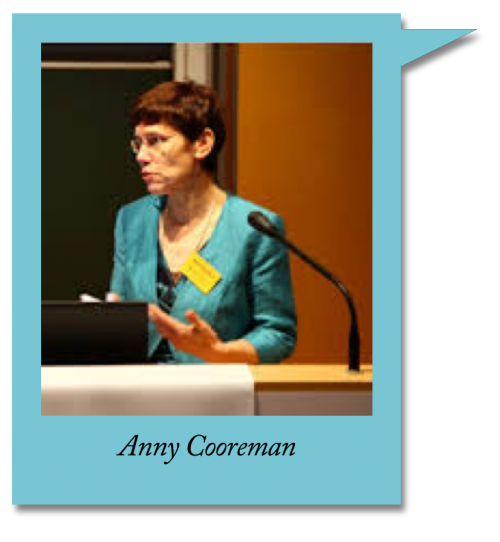 Low self-esteem is a major concern for parents and teachers of LD students. The feeling of shame caused by a failure to live up to the educational expectations is part of everyday school life and the corresponding frustrations have devastating effects. To enhance school performance, Anny Cooreman has developed a set of coping strategies. She will focus on students from 8 to 14 years old. These coping strategies focus on autonomy and competency in the learning activities. These strategies have shown in clinical practice long-term positive effects on the self-esteem of many students with dyslexia, dyscalculia and ADD. These techniques can be applied in any classroom and on several levels of education.

Effective learning aims at good results according to individual’s capacity. She will discuss amongst others what it takes to make academic progress, to analyze what really makes a difference and to adjust one’s own learning path. The coach (teacher or parent) should discuss the issues along with the LD-student. By doing this repetitively during the learning process, the LD-student acquires strategies to enhance his level of competence.

Finally, Anny will discuss the important role of peer-teaching between LD-students, instructing how they can act as a coach towards each other during the classroom activities. Each one will play both roles: the trainer and the trainee. 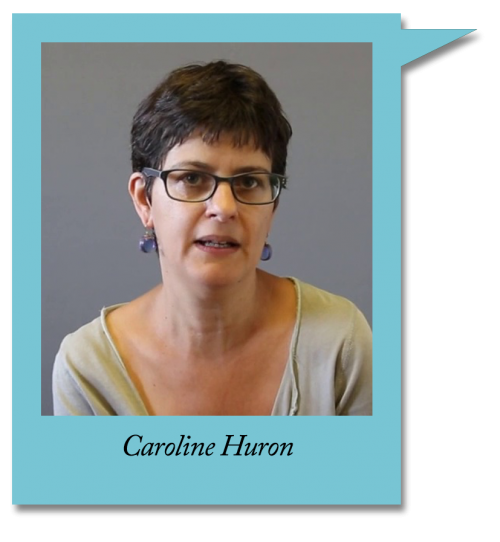 Cognitive sciences and learning disorders : from the laboratory to the classroom

The cognitive sciences are interested in the functioning of the brain. They are therefore at the heart of the understanding of learning. Through the example of dyspraxia, I will describe what can be the different roles of cognitive science researchers, from the laboratory to the classroom, to help children with learning disorders. 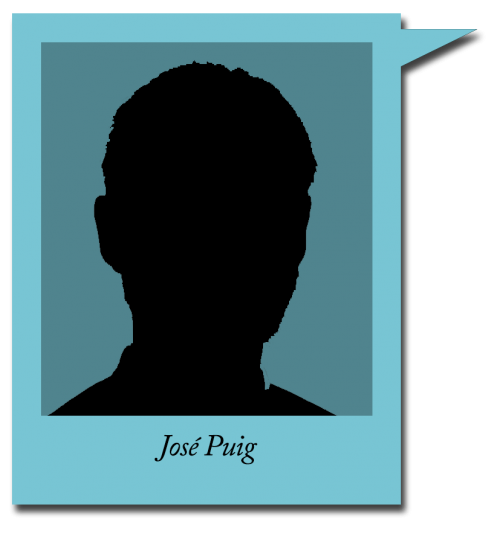 Charles Hulme is Professor of Psychology and Education at the University of Oxford and is a William Golding Senior Research Fellow at Brasenose College, Oxford.  Charles has broad research interests in reading, language and memory processes and their development and is an expert on randomized controlled trials in Education.  Publications include a number of assessment materials including the York Assessment of Reading for Comprehension (2009), the   Phonological Abilities Test (1997), Sound Linkage (2014) and The Test of Basic Arithmetic and Numeracy Skills (2015) as well as several books dealing with various aspects of reading development.  He is a former Editor-in-Chief of the journal ‘Scientific Studies of Reading’ (2007-2009) and is currently a Senior Editor of the Association of Psychological Science’s flagship journal, Psychological Science.  In 2009 he published “Developmental disorders of language, learning and cognition” (Wiley-Blackwell; co-authored with Maggie Snowling).  He holds an honorary doctorate from the University of Oslo (2014) and is a member of Academia Europea and a Fellow of the Academy of Social Sciences.  He received the Feitelson Research Award from the International Reading Association (1998) and the Marion Welchman International Award for Contributions to the study of Dyslexia from the British Dyslexia Association (2016).  He was elected a Fellow of the British Academy in 2017.

Hoeft’s current research program focuses on the neurobiological mechanisms underlying individual differences in brain maturational processes, and typical and atypical skill acquisition such as reading and dyslexia. Her program also focuses on intrinsic and extrinsic, moderating and mediating factors such as biological variability, prenatal environment, multilingual exposure and motivation. Hoeft received research training at Harvard, Caltech and Stanford. Recent honors include the 2014 Norman Geschwind Memorial Lectureship from the International Dyslexia Association (IDA), 2015 Transforming Education through Neuroscience from Learning & the Brain Foundation, and 2017 Multicampus Research Programs and Initiatives Award from UC Office of the President. She has published over 130 articles including peer-reviewed publications in Proceedings of the National Academy of Sciences (PNAS), Current Biology, Journal of Neuroscience, Trends in Cognitive Sciences, and Trends in Neuroscience. Hoeft has delivered over 180 lectures including remarks/keynotes at the White House. Her work has been covered in media such as The New York Times, NPR, CNN, the New Yorker and Scientific American.

A fully trained human geneticist, he has been working in the field of quantitative analysis for 30 years and has strong expertise in statistical genetics, machine learning, and in development and distribution of efficient software for -omics analysis. Among others, he and his group developed the software packages GLIDE, EPIBLASTER, EPIGPUHSIC, and SimPhe to support epistasis analyses.

Bertram Müller-Myhsok  was co-PI of the EU funded ITN Machine Learning for Personalized Medicine and has co-organized the 2016 and 2017 workshops on Deep Learning for Precision Medicine at ECML-PKDDC and the Big Data Workshops 2016/2017/2018 at the European Society of Human Genetics meeting. BMM authored 303 publications, 38 as primary author.

Researcher in the Paris Neurosciences laboratory related to the project  « Neurospin » in coordination with both University and Inserm (medical research).
As a researcher, she is member of the Scientific Advisory Committee of the Ministry of Education. In this Committee she is coordinating the works about children with special needs.

Jose Puig is membre of the board of the European Agency (French representative). He is Director of the French INSHEA, the first institution in France dedicated entirely to people with disabilities and special educational needs.